The Academy entered a team of 42 students of all ages and ranks who took part in kata, continuous fighting, random attacks and weapons kata.

The event got underway shortly after 9am with a photo of the 130 competitors.

The leisure centre hall easily catered for the 4 competition mats we had running with spectator seating for 300 almost full.

The first category was junior kata, and when the first medals of the day were awarded and when we had both Ben (gold) and Luigi (silver) on the podium, the signs were positive.

Ivy performed a great kata, then Chloe got first of her two golds in the yellow/orange belt group, with Conor and Harry then taking bronze and a silver.

Both Grace and Jack (brown & purple belts) realised the that being in the higher grade categories was tougher.

In the weapons kata for junior black belts, Bethany showed her skills with the nunchaku and earned a bronze medal for her efforts.

Sensei’s Phil Turner, Peter Cheshire and Steve Nightingale were all judging on separate mats so were able to see the efforts of most of our students.

In the next category of random attacks, Igor tried hard in his first attempt at the competitions,

Daisy won a gold in the 7-9 years group, with a double medal haul for Christopher and Lina with silver and bronze.

Unfortunately, Edwin and Imam couldn’t match their brother and sisters achievements. Tenacious Chloe took her second gold and left the mat with a massive beaming smile.

Thomas had a difficult time in his cadet black belt category, but put in a steady performance.

Aqeel didn’t manage to match his previous silver medal in this category at the last championships.

Sister and brother Amy and Ethan took a gold each, as did Harry and Raees in their age/belt group.

I missed Sam getting his silver medal and only realised when I saw his younger brother proudly wearing it later on.

Euan gave it all he had but was unable to progress to a medal position as did Benjamin.

After lunch the much awaited and crowd favourite continuous fighting got underway and saw students pitch their sparring, throwing and ground fighting skills against each other.

Casey battled for a well deserved silver, as did Lina in her weight category.

Junior black belt Bethany dominated her category and got her gold medal.

In the junior male category, Ben added a bronze to his gold, and brother Kyle fought like a tiger to beat more than one junior black belt on his way to take gold.

Ellis in his first competitions took silver in the 30-39kg event with Darien losing to fellow student Luigi who added a bronze to his silver.

Harry took it all in his stride, leaving with a positive attitude but no medals, and Steven took a silver medal taking the total Blackburn Academy juniors medal tally to 10 golds, 7 silver and 6 bronze.

After lunch the adults section got underway.

Neil Traynor and Dave Cottam took gold and silver respectively in the empty hand kata for kyu grades, whilst in the dan grade (black belt) sections Sensei’s Jake Maginn took bronze whilst Sam McMurray pipped him with a silver.

In the random attacks, silver medals went to Joseph Morgan and Neil Traynor.

Sibling rivalry wasn’t an issue for brothers Kieran and Michael McCormack, with neither being placed in a medal position, but putting in great performances in tough sections.

Sensei Simon Cowans took a bronze in a very difficult 2nd dans and above group and then added a silver medal in the weapons kata with a great display of the sai.

The continuous fighting saw Sensei Jake take a well deserved gold in the under 60kg section, with Sensei Simon taking silver in the next weight category.

Bradley Beresford showed great potential, but had a tough bout against international medal winner and 4th dan Luke Robinson, but held his own in a close fought fight.

Neil Traynor took his third medal, a bronze, in the battle of the big boys 89kg+ group.

Lauren Townsend was disappointed with her loss to a tap out in her second bout.

The adults medal tally of 2 golds, 6 silvers and 3 bronze brought the total Blackburn Academy medal haul to a very respectable 34 medals. It just goes to show that when you invest time into developing students skills with our 8 week competition classes, you reap the benefits. It takes, however, the courage, tenacity and determination of the students to turn training into medals.

What we can say with certainty, is that we have some very proud parents, students and Sensei’s. Well done, not just to the winners, but all competitors who made the event the memorable day.

The British Ju Jitsu Association National Championships at Walsall aren’t too far away, and we look forward to a repeat of some great performances when we take a team there on 1st September.

The latest round of COVID restrictions may demotivate many of us and our children but we know now, this reality may persist for many...

It’s fair to say that 2020 has been a strange year so far!. When COVID and lockdown hit us fully in March, we needed to be fighting fit... 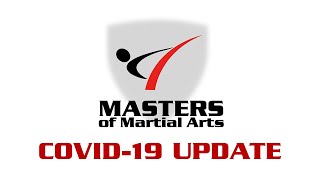 Welcome! We are pleased to announce that the Masters of Martial Arts Academy Blackburn reopened on Tuesday 8th September. We are now COVI
{"items":["5fa038495f708a00171116e7","5f945472fd7a0b0018d6d438","5f6a5da46b8e3600172682fb"],"styles":{"galleryType":"Strips","groupSize":1,"showArrows":true,"cubeImages":true,"cubeType":"fill","cubeRatio":"100%/100%","isVertical":false,"gallerySize":30,"collageDensity":0.8,"groupTypes":"1","oneRow":true,"imageMargin":0,"galleryMargin":0,"scatter":0,"rotatingScatter":"","chooseBestGroup":true,"smartCrop":false,"hasThumbnails":false,"enableScroll":true,"isGrid":false,"isSlider":false,"isColumns":false,"isSlideshow":true,"cropOnlyFill":false,"fixedColumns":1,"enableInfiniteScroll":true,"isRTL":false,"minItemSize":120,"rotatingGroupTypes":"","rotatingCropRatios":"","columnWidths":"","gallerySliderImageRatio":1.7777777777777777,"numberOfImagesPerRow":3,"numberOfImagesPerCol":1,"groupsPerStrip":0,"borderRadius":0,"boxShadow":0,"gridStyle":0,"mobilePanorama":false,"placeGroupsLtr":false,"viewMode":"preview","thumbnailSpacings":4,"galleryThumbnailsAlignment":"bottom","isMasonry":false,"isAutoSlideshow":true,"slideshowLoop":false,"autoSlideshowInterval":3,"bottomInfoHeight":0,"titlePlacement":"SHOW_ON_HOVER","galleryTextAlign":"center","scrollSnap":true,"itemClick":"nothing","fullscreen":true,"videoPlay":"hover","scrollAnimation":"NO_EFFECT","slideAnimation":"SCROLL","scrollDirection":1,"scrollDuration":400,"overlayAnimation":"FADE_IN","arrowsPosition":0,"arrowsSize":18,"watermarkOpacity":40,"watermarkSize":40,"useWatermark":true,"watermarkDock":{"top":"auto","left":"auto","right":0,"bottom":0,"transform":"translate3d(0,0,0)"},"loadMoreAmount":"all","defaultShowInfoExpand":1,"allowLinkExpand":true,"expandInfoPosition":0,"allowFullscreenExpand":true,"fullscreenLoop":false,"galleryAlignExpand":"left","addToCartBorderWidth":1,"addToCartButtonText":"","slideshowInfoSize":230,"playButtonForAutoSlideShow":false,"allowSlideshowCounter":false,"hoveringBehaviour":"NEVER_SHOW","thumbnailSize":120,"magicLayoutSeed":1,"imageHoverAnimation":"NO_EFFECT","imagePlacementAnimation":"NO_EFFECT","calculateTextBoxWidthMode":"PERCENT","textBoxHeight":0,"textBoxWidth":200,"textBoxWidthPercent":50,"textImageSpace":10,"textBoxBorderRadius":0,"textBoxBorderWidth":0,"loadMoreButtonText":"","loadMoreButtonBorderWidth":1,"loadMoreButtonBorderRadius":0,"imageInfoType":"ATTACHED_BACKGROUND","itemBorderWidth":0,"itemBorderRadius":0,"itemEnableShadow":false,"itemShadowBlur":20,"itemShadowDirection":135,"itemShadowSize":10,"imageLoadingMode":"BLUR","expandAnimation":"NO_EFFECT","imageQuality":90,"usmToggle":false,"usm_a":0,"usm_r":0,"usm_t":0,"videoSound":false,"videoSpeed":"1","videoLoop":true,"jsonStyleParams":"","gallerySizeType":"px","gallerySizePx":220,"allowTitle":true,"allowContextMenu":true,"textsHorizontalPadding":-30,"showVideoPlayButton":true,"galleryLayout":5,"arrowsColor":"rgba(65,65,65,1)","targetItemSize":220,"selectedLayout":"5|bottom|1|fill|false|1|true","layoutsVersion":2,"selectedLayoutV2":5,"isSlideshowFont":true,"externalInfoHeight":0,"externalInfoWidth":0},"container":{"width":220,"height":354,"galleryWidth":220,"galleryHeight":123,"scrollBase":0}} 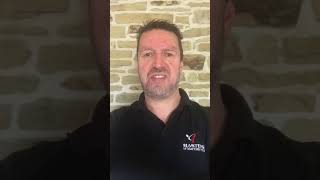 A Video Message from Sensei Phil